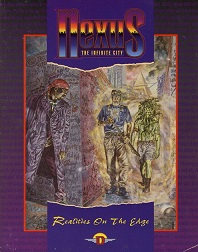 Nexus: The Infinite City was a RPG about a trans-dimensional city called Nexus that consisted of chunks of various realities. Each neighborhood in the city had its own physical laws – some were high-tech, some were magical. There were also portals to infinite numbers of other alternate realities and dimensions.

Players would play Nexans, denizens of the city who could travel between the worlds, finding adventure as traders or mercenaries.

It seems heavily inspired by the 1980’s comic series Grimjack

The 1994 book, from Daedalus Games, listed all of the various city neighborhoods and some of the more common dimensions that could be accessed from Nexus.

It apparently wasn’t terribly successful. It’s been out-of-print for years, and there isn’t a PDF version of it available. There is only one supplement for the game, called Nexus Life.

I’ve had a copy of this game for years, and have never actually gotten a chance to run it, but I have made a two-page fillable PDF character sheet for it.

Here are some old reviews that go into a little more detail about the rules: 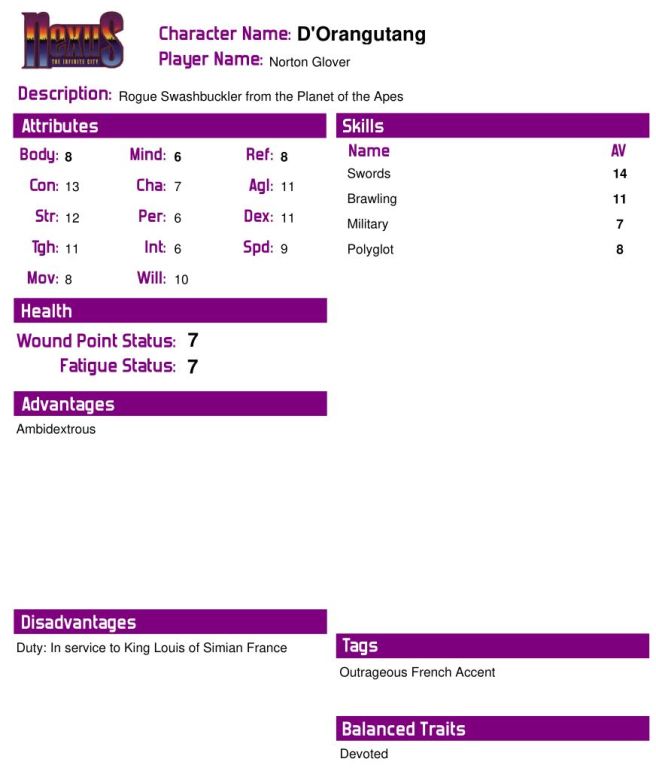 2 thoughts on “Nexus: The Infinite City – Character Sheet for yet another dead RPG”