It’s a stripped down version of the Cepheus Engine/Traveller rules. Most of the Cepheus stats are gone, and the character generation is a simple point buy instead of the normal career system. It looks like a excellent game for beginners.

I’m looking forward to running a one-shot of this next week. I’ll probably add in some stuff from Red Box Vancouver’s Metamorphica Revised book for flavor.

I didn’t see any character sheets for it so I’ve made one of my own. The design is very much based on the sheets for another post-apocalypse game I’m fond of, called the Gene Hack. This is a fairly simple sheet, I may make more advanced version later with specific weapon and armor sections.

I’ve made an US Letter and A4 version. You can click in the upper right hand corner to import an image. 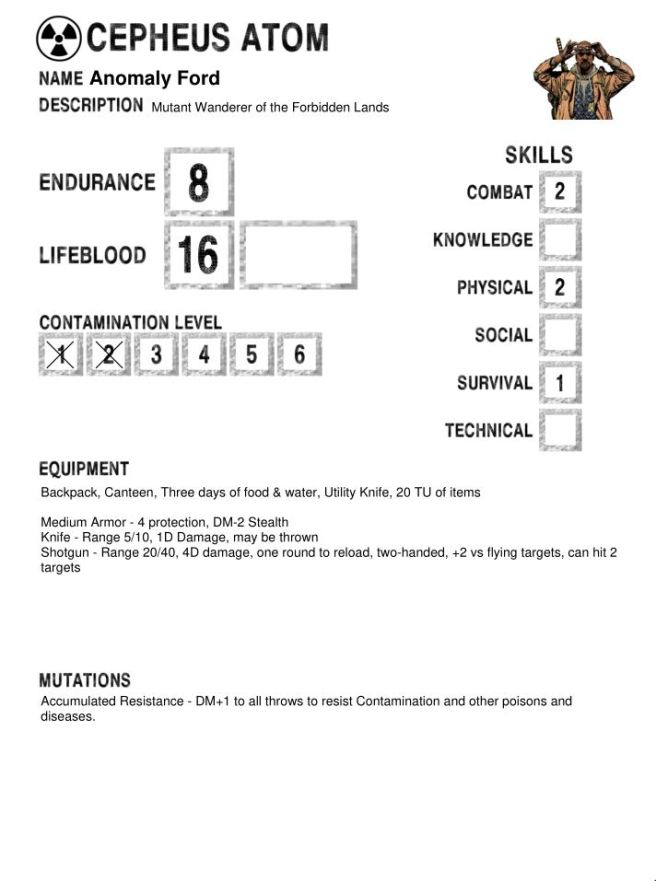